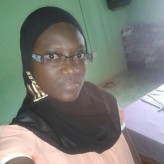 Our communities will be a better place if we play our roles well.

NIQAB; MY JOURNEY, MISCONCEPTIONS AND EXPERIENCE

5 Gift Ideas for your Muslim Wife.

NIQAB; MY JOURNEY, MISCONCEPTIONS AND EXPERIENCE